The data revealed total nights spent caravan and camping increased by 9% to reach a record 54.8 million for the year ending September 2018.

This represented 15% of all nights spent in accommodation around Australia.

The data also revealed 12.6 million overnight trips were recorded for the year ending September 2018, marking a 7.4% increase from the previous year.

Growth was experienced across all states and territories, with Queensland witnessing the most significant increase of 23% in nights and 12.4% in visitors.  This growth can be largely attributed to the removal of a low March 2017 quarter due to Cyclone Debbie which impacted visitation to the state and highlights that the state’s caravan and camping visitor economy has positively rebounded.

Growth in the domestic caravan and camping industry continues to outpace the national visitor economy, where total overnight trips grew by 7% to reach 102.7 million and nights grew by 6% to 368 million.

The 55+ market continues to represent the second largest, with 3.7 million visitors recorded for the period, up 6%. 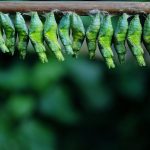 Australians are cocooning. In full disclosure, I had 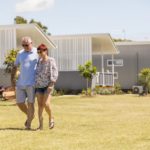 Caravan Parks and MHEs: a vital aspect of affordable housing

If Manufactured Housing Estates and Caravan Parks were combi 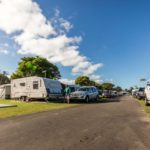 The inaugural RV Consumer Report 2018 is the most comprehens